Abstract: Many armed groups create informal institutions to maintain social order during conflict. The remnants of these informal institutions form a key challenge for governments in post-conflict societies in their attempts to re-establish themselves as credible state authorities. The persistence of paramilitary groups’ informal ‘justice’ systems in the form of so-called ‘punishment attacks’ in Northern Ireland, more than 20 years on from the Good Friday Agreement, offers insights into the legacy of wartime institutions. We argue that armed actors can benefit from the social control these institutions grant them long after the conflict ends and both armed actors and civilians are socialized into relying on them. Building on research on wartime institutions, criminal governance, and post-war state-building, we examine how the informal ‘justice’ systems created during the Troubles (1968-1998) remain in fringes of post-war society, drawing on historical works, interviews with stakeholders, geo-coded data on punishment attacks, and survey data.

Accepted for publication at Security Studies.

Read about attempts at collecting data that was never used here. 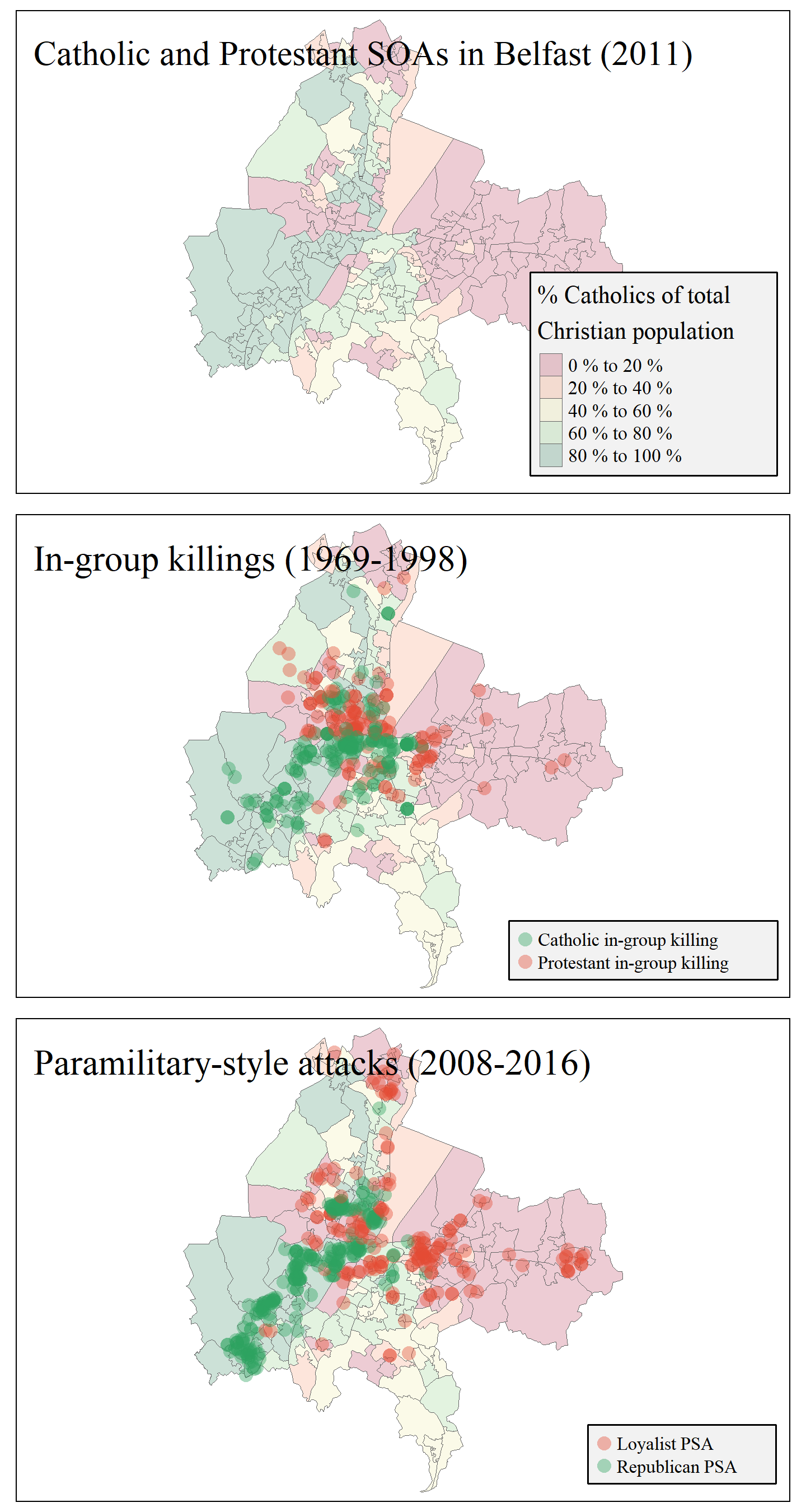